Two years ago, when Jack Ma, co-founder and former chairman of the multinational Alibaba Group, made that pronouncement at the launch of the Forum for World Education (FWE) in Paris, no one knew the COVID pandemic would soon close schools for 1.5 billion students around the globe and make formal learning entirely dependent on access to broadband. Yet it was clear even then that, despite the growing number of people attending school and earning advanced degrees, education in the 21st century is leaving vast numbers of people behind.

In wealthy societies like the United States, the “forgotten half” includes those who are not completing college or successfully engaging with a traditional liberal arts education. Many are casualties of the systemic racism that has created a two-tiered school system. Others, like the billionaire entrepreneur, philanthropist and dyslexic high school dropout Sir Richard Branson, who also spoke in Paris, are “frustrated and demoralized by an inflexible approach to learning that chokes and suppresses spontaneity, lateral thinking and creativity.”

In developing nations, up to 90 percent of adults lack formal education and work in gig economies that take no note of their resilience and entrepreneurship and offer them no pathway to a better life.

The failure of education affects more than the uneducated and uncredentialed. As new and increasingly technical fields come into being, industry lacks the skilled labor to create competitive workforces. Nations are handicapped in confronting challenges that include climate change, the global refugee crisis, the ongoing COVID pandemic, and pervasive racism and political extremism.

Enter FWE, a nonprofit created to convene leaders in education, industry and government in an ambitious and far-reaching conversation about the future of inclusive education, the workforce, societal progress and a sustainable world.

“There are many ‘forums’ out there, but few that incorporate different views through representation of educators, governments and business people,” says Andreas Schleicher, Director for Education and Skills, and Special Advisor on Education Policy to the Secretary-General at the Organisation for Economic Co-operation and Development (OECD). “The strength of FWE is to connect people across cultural boundaries and ways of thinking.”

Founded by a group that included the late Paul Kelly, who headed the investment banking firm Knox & Co., and Guangfa Wang, Chairman of Beijing Fazheng Group, FWE conducts neither research nor boots-on-the-ground interventions. Rather, the organization, headquartered in Cambridge, Massachusetts but partnering closely with OECD, the Jack Ma Foundation, the Fazheng Foundation, and universities and nonprofits in 17 different nations, seeks to mobilize the global community by serving as a convener, knowledge broker and translator of research.

Since its inaugural event, at which the 68-year-old British educator and historian Sir Anthony Seldon stood on his head to demonstrate memorable teaching, FWE has fulfilled that purpose primarily through a provocative series of webinars. Speakers have included:

But now, as the COVID pandemic has worsened longstanding inequities in wealth, health and education, FWE seeks to transform itself from a “think tank” to a “do tank” by forging closer ties with business communities, leading innovators and philanthropists.

“Business needs to use its bully pulpit to stimulate a societal commitment to education, and it needs to be very clear about what it’s looking for in terms of employee skills,” says FWE Steering Committee member Susan Sclafani, former U.S. Assistant Secretary of Education for Vocational and Adult Education. “Also, business must open its doors to create externships for teachers and students. Kids want to become policeman, firemen and doctors, but they don’t know what a physicist is, or a computer analyst.”

Increasingly, FWE’s work has focused on the field of career and technical education, and the promise it holds for providing foundational skills for millions of young adults who would otherwise be consigned to lives of poverty.

“In the United States, vocational education is stigmatized because it is too narrowly defined,” says FWE co-founder and Steering Committee member Christoph Metzger, former Dean of the School of Business Administration at Switzerland’s University of St. Gallen. “Beyond providing skills and techniques, it should enable learners to become more open and gain the experience to learn in other fields that may emerge. It’s an interaction between knowledge, skills and attitudes.”

FWE is also focused on the field of educational assessment and how to transform evaluations into diagnostic tools, used in real time, that provide learners, educators and employers with guidance on what workers know, understand and need to learn.

“We have divorced learning and assessment, so that now you pile up a lot of learning and then get asked to demonstrate it in a constrained and artificial way,” Schleicher says. “This lack of meaningful assessment is the source of all inequality in education, because we have only the illusion that everyone is learning, and we don’t understand people’s skills. In Germany, for example, we have many refugees and they are seen as a liability – but we have no idea, for example, of what a Syrian electrician can do. There is so much dormant talent in our societies!”

The OECD International Early Learning and Child Well-being Study asked over 4 500 five-year-olds what they liked best about their kindergarten or school. Almost all children gave very specific answers, and many explained the reasoning behind their views.

Join Andreas Schleicher, OECD Director for Education and Skills, and a panel of international experts to understand what we can learn from these children and how this can help education systems provide the best possible early learning environments.

Key questions we will address are: 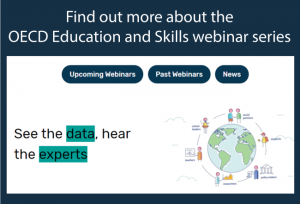 Register for the webinar on Friday 3 December, 13:00 (Paris time)

HONG KONG, Sept. 28, 2021 /PRNewswire/ — Professor Eric A. Hanushek and Dr Rukmini Banerji have been awarded the 2021 Yidan Prize, the world’s highest education accolade, in recognition of their ground-breaking work addressing a crucial piece of the education puzzle: improving quality of education and outcomes for learners at scale.

Following a rigorous judging process, conducted by an independent judging committee of recognized education experts, Professor Eric A. Hanushek and Dr Rukmini Banerji were selected as the recipients of the 2021 Yidan Prize for Education Research and Yidan Prize for Education Development. They will join nine laureates who have been awarded the Yidan Prize since its inception in 2016, established by the Yidan Prize Foundation – a global philanthropic education foundation that inspires progress and change in education.

Professor Eric Hanushek, Paul and Jean Hanna Senior Fellow, Hoover Institution of Stanford University, is awarded the 2021 Yidan Prize for Education Research. His work focuses on education outcomes and the importance of teaching quality and has transformed both research and policy internationally. His work helped shape the United Nations Sustainable Development Goal 4 (ensure inclusive and equitable quality education) by reframing targets for learning outcomes and has shown that it’s how much students learn – and not how many years they spend in school – that boosts economies.

Each laureate will be awarded HK$30 million (approximately US$3.9 million), half of which is a project fund – enabling a series of innovative and progressive education projects to scale up and support millions of learners globally. Together, the laureates’ projects are helping make the world a better place through education.

All laureates will join the Yidan Council of Luminaries members to work collaboratively and speak with a collective voice – to shed light on the importance of restoring and rethinking education with innovative ideas.

The Yidan Prize Foundation is a global philanthropic foundation, with a mission of creating a better world through education. Through its network of innovators, the foundation supports ideas and practices in education—specifically, ones with the power to positively change lives and society.

The Yidan Prize is an inclusive education accolade that recognizes individuals or teams who have contributed significantly to education.

OECD – Transitioning into an uncertain future

Announcement: The Chinese/English Journal of Educational Measurement and Evaluation…

CEJEME will be co-edited by Professors Li Cai (UCLA) and Tao Xin(BNU). The journal will be published electronically, beginning in 2020, with all articles presented in both English and Chinese. The mission of the journal is to share advances in scholarship and practice between China and the assessment and evaluation communities in the US and beyond. CEJEME will:

Webinar on New Administration: What’s the Next Step for…

Under the impact of the Covid-19 pandemic, the world has experienced a year of deep uncertainty, profound changes, and major disruption. The Sino-US relations have encountered great difficulties. In the New Year with the new US government coming to power, regarding the education policy, will there be any change for the better when the new US Administration takes office? Will the education sector face new challenges?

To address these hot topics, on January 16th, 2021 (Beijing Time), the Committee on Study Abroad Services, China Education Association for International Exchange (COSA-CEAIE) and the Research Institute of International Education South-South Cooperation linked up to hold a high grade forum of “the Webinar on New Administration: What’s the Next Step for Sino-US Education Cooperation? ”.

This is an online event.

Due to the number limitation of participants by Zoom，please watch the live broadcast of this forum through the link below . Thank you for your participation and cooperation.

【English Channel】Click the link to watch the Webinar on NEW ADMINISTRATION: WHAT’S THE NEXT STEP FOR SINO-US EDUCATION COOPERATION ? 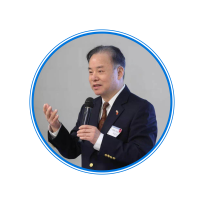 Former Minister Counselor (Education) of Chinese Embassy in the US

Former Director General of the Department of the International Cooperation and Exchange Ministry of Education Chairman Association for Study Abroad Services,CEAIE 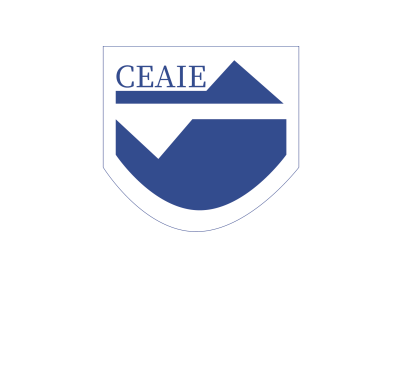