On May 28, Beijing Royal School honored the Class of 2021 with a grand commencement ceremony. The ceremony displayed the BRS pride in all graduates who demonstrated amazing tenacity and resilience in challenging times, and received offers from a wide range of prestigious universities and colleges around the world.

The commencement started with an impressive opening in eight languages by student hosts, after which Mr. Mo Jingqi, the Deputy Director of National Institute for Curriculum and Textbook Research, the Deputy Director of National Center for School Curriculum and Textbook Development sent his greetings and congratulations to all the BRS graduates. Mr. Heng Xiaojun, Former Minister-Counselor at the Chinese Embassy in Canada, and Mr. Cen Jianjun, Former Minister-Counselor (Education) at the Chinese Embassy in the United States spoke highly of the graduates’ performance, and congratulated them on a new chapter of their life. They also encouraged the young to be confident, independent, self-disciplined and self-driven as they strive for greater academic success and personal growth in the future, while cherish their love for the country and people. 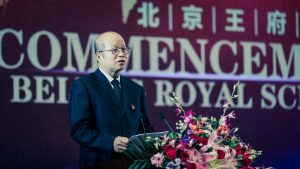 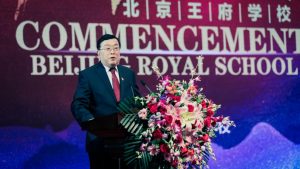 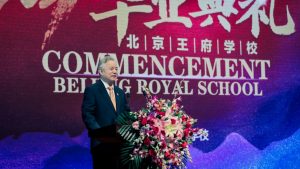 Mr. Liu Kairan, the representative of 2021  graduates,  and Dr. Huang Xun, the Deputy of the Institute of Genetics and Developmental Biology at the Chinese Academy of Sciences, also the representative of the family of the graduates respectively spoke on the world view of the young and the world’s expectation for the young. Ms. Lisa Buzenas, Cultural Affairs Officer at the US Embassy in China and the Director of Beijing American Center encouraged the young to actively engage in cross-cultural communications and embrace the dynamic international community. Then, Ms. Fang Yuanyuan, the Class Dean of 2021, congratulated the students on the hard-earned results in the application season, and encouraged them to be upright, truthful and grateful, and to become people who they honor, and proactively assume their responsibilities to the country and society. 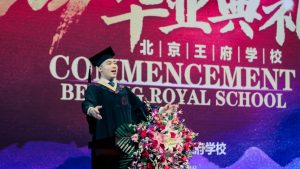 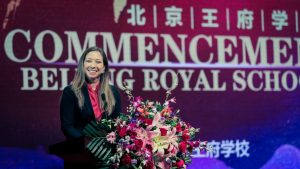 Ms. Lisa Buzenas, Cultural Affairs Officer at the US Embassy in China and the Director of Beijing American Center 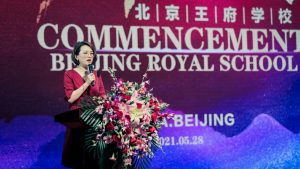 Mr. Wang Guangfa, Founder and President of Fazheng International Education Group and Chief Principal of Beijing Royal School gave a speech in which he extended a warm welcome to all guests for their attendance, sincere thanks to parents of the graduates for their long support and understanding, and to teachers for their continued commitment. Principal Wang emphasized that the young should hold great ideals and aspirations to contribute to the development of the country and rejuvenation of the Chinese nation. What they need to do is to keep pace with the advancement of science and technology, bear in mind their mission and responsibility for the country and society, and live every day to the fullest. 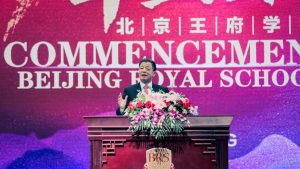 The highlight of the ceremony, which has been the most anticipated part of the event, was the gifts display by the Class of 2021. The gifts included a BRS Digital Information Technology Report composed by graduates to optimize the IT workflow and improve efficiency, and a Confucius statue model built with over 1,000 Lego blocks. The gifts not only demonstrated their gratitude to Alma-Mater, but also serve as meaningful birthday gifts as BRS is preparing to celebrate its 25th anniversary later this year. 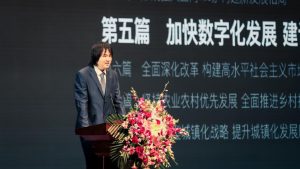 After years of hard work, we are proud to see that the graduates are about to set out on a new journey into an ever-so-splendid world. We cheer for them, not only because they have received offers from the world’s leading universities in US, UK, Canada and Australia, even scholarships from some of the “crème de la crème” institutes such as Berklee College of Music and Parsons School of Design, but also because they have made the breakthroughs in academic research and publications, demonstrated outstanding competencies in international competitions and artistic achievements. 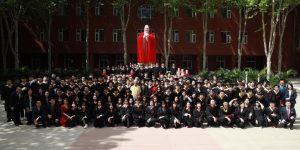